Scheduled to launch on December 5th at 1:16 PM EST from Cape Canaveral Air Force Station, Space Tango customer payloads will be making their departure for the International Space Station for the SpaceX Commercial Resupply Services-16 (CRS-16) mission. As we get closer to the final countdown, we invite you to take a look at the amazing science our customers are exploring with us.

The Malting ABI Voyager Barley Seeds in Microgravity payload implements a microscale malting procedure in a spaceflight environment. The payload will automate the steeping, germination, and kilning processes associated with malting barley.  The resultant malt will be examined upon return against an Earth control.

Barley is a versatile grain equipped with antioxidants, vitamins and minerals essential to health. By furthering the knowledge of barley’s response to microgravity, investigators find ways to adapt the grain for long-duration spaceflight. Barley is an important grain used in a large variety of products, from bread to beer. By exposing barley to a space environment, morphological and genetic alterations may arise, broadening the knowledge of the grain and improving its use for terrestrial applications.

The Manufacturing Protein-Based Artificial Retinas in Microgravity payload evaluates a thin film manufacturing system that improves upon the current terrestrial protein-based retinal implant technology. The implants are created by utilizing layer-by-layer electrostatic adsorption. The microgravity environment is hypothesized to optimize the process by limiting solution-based aggregation and sedimentation. The payload will investigate the role of gravity on protein distribution, uniformity, stability, and performance of the thin films.

LambdaVision, Inc. is developing a high-resolution, protein-based retinal implant to restore vision to the millions of patients blinded by retinal degenerative diseases, including retinitis pigmentosa (RP) and age-related macular degeneration (AMD). Because there is no cure for these diseases and treatments only slow the progression, there is a significant unmet need for the development of a retinal prosthesis that restores meaningful vision to those affected. The patent-protected retinal implant technology developed by LambdaVision uses the light-activated protein, bacteriorhodopsin, to replace the function of the damaged photoreceptor cells. The flexible, subretinal implant is powered by incident light and does not require any external power supplies or bulky hardware on or outside the eye, and offers the potential for far greater resolution than competing electrode-based technologies. LambdaVision is currently at the pre-seed stage but is seeking additional funding to further support preclinical and clinical development. 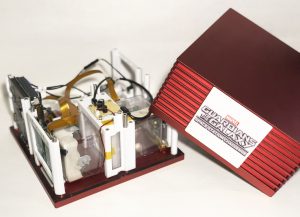 The Aeroponic Farming in Microgravity payload will evaluate an aeroponic system designed for use in a microgravity environment.  The primary payload objective is observing the behavior of mist immediately after it is ejected from its source and how it moves thereafter.  The secondary objective is to observe how a sample plant grows using the aeroponic system.

In order to examine the feasibility of using small-scale aeroponics systems in microgravity, this experiment features a chamber with an ultrasonic fogger unit. The mist is sprayed onto material containing microgreen seeds and the resulting germination and growth are imaged. Research data collected should provide a helpful model for future plant growth studies on the ISS

With food production being of concern for long-duration space missions, this research presents an exciting option holding great promise in terms of minimized cost and to maximize efficiency. This research represents the first step towards researching small-scale automated aeroponics in microgravity. Aeroponic behavior in microgravity could provide unique insights to improve aeroponic systems on Earth. 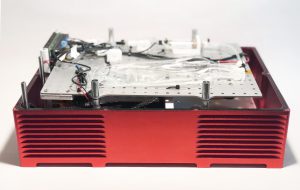 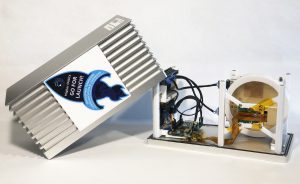 The Evaluation of Radiotrophic Fungi experiment features a radiotrophic fungus which utilizes radiation energy as a partial source for sustaining growth. By placing a sample of this fungus on an agar plate and exposing it to the space environment, the rate of growth and life cycle can be observed, giving insight into the feasibility of using radiotrophic fungi as barriers to damaging radiation.

Radiotrophic fungi are unique species of eukaryotes theoretically able to perform radiosynthesis, or energy production by means of harnessing radiation.  In this experiment, fungi are exposed to the higher radiation levels of the ISS. Images of growth and Geiger counter measurements are regularly captured for comparison to an identical earth study. Research data will be used to explore the potential of using fungi such as these as radiation barriers. Further, it is hoped that information will be gained related to the mechanism of radiotrophism.

Research data will be used to explore the potential of using fungi such as these as radiation barriers. The mechanism of radiotrophism has yet to be extensively studied or confirmed. This research has unprecedented potential to give insight (and support) for this theory. Some potential use cases of this information include optimizing the fungi as a potential disposal method for nuclear waste or high-altitude biofuel and nutrition source. 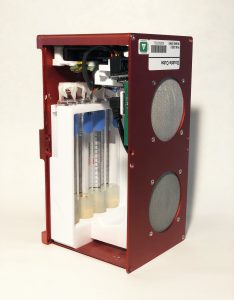 The Growth of Assorted Microgreens in Microgravity payload studies the morphology and physiology of the germination of four different microgreens within modular growth chambers in microgravity. The seeds are placed under automatic growth lighting conditions to provide day and night lighting cycles that simulate successful terrestrial lighting. While imaging and numerous environmental sensors provide an incremental evaluation of the plant growth on the International Space Station, multiple terrestrial control experiments will be conducted for comparison.

The Growth of Assorted Microgreens in Microgravity experiment demonstrates modular, autonomous and retrievable crop research in space by contributing to the understanding of plant cultivation in service of food, oxygen and other habitat requirements on long-term space missions. This experiment also provides insight on plants grown under unusual conditions and can inform crop science, basic biology and horticultural applications on Earth. 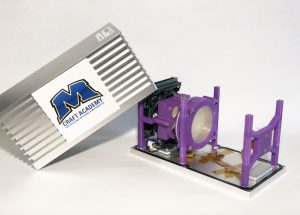 Recombinant bacteria (E. Coli) expressing a variant of green fluorescent protein (GFP) are valuable models for transgenic and genomic studies. By understanding the influence that the space environment may or may not have on the process and expression of transformation could be extremely important information used in future studies regarding genetic modification and long-term space travel. Further, information may be gained about the mechanism by which bacteria are able to overcome environmental stressors such as space.

Understanding the influence that the space environment may or may not have on the process and expression of transformation could be extremely important information used in future studies regarding genetic modification and long-term space travel. By studying the transformational efficiency of this simple bacteria in the space environment, it is believed that information may be gained helpful to earth-bound scientists looking to expand our knowledge of genetically modified organisms. 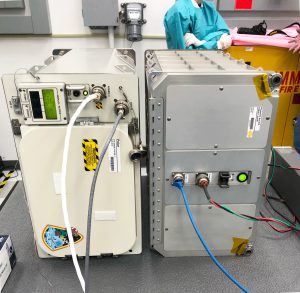 The Evaluation of the Powered Ascent Utility Locker (PAUL) payloads verifies the functionality of thermal and electrical capabilities of the PAUL facility. The investigation operates in the PAUL locker, a reconfigurable experiment ecosystem that provides power to payloads on ascent.

These payloads prove that the PAUL facility can be used to power other payloads on ascent and open the door for future microgravity research to investigations that were hindered by the lack of this capability.