Scheduled to launch no earlier than September 29th at 10:26 p.m. EST from NASA’s Wallops Flight Facility in Wallops, Virginia; Space Tango partner payloads will be making their departure for the International Space Station for the Northrop Grumman 14th Commercial Resupply Service Mission (NG-14). As we get closer to the final countdown, we invite you to take a look at the amazing science our partners are exploring with us. 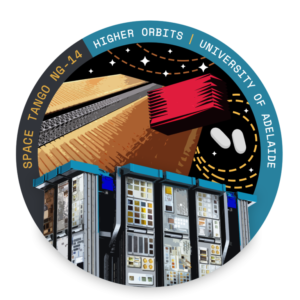 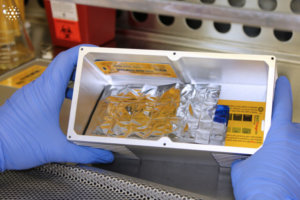 Space Tango is partnering with Alpha Space Test and Research Alliance, LLC (Alpha Space) to conduct an international companion study with the University of Adelaide on the International Space Station (ISS). Both Space Tango’s CubeLab hardware inside the ISS and Alpha Space’s Materials International Space Station Experiment (MISSE) platform installed outside the ISS will be used by researchers from the University of Adelaide, Australia to study how exposure to microgravity and space radiation may affect the stability of tablet formulations and their excipient ingredients.

This investigation is the first step for researchers from the University of Adelaide who are working to develop micro-flow spacelabs for on-orbit formulation and pharmaceutical manufacturing. Evaluation of Long-Term Stability of Pharmaceutical Ingredients in an Excipient Matrix for Use in Potential Future On-Orbit Manufacturing (Pharmaceutical Excipient Ingredient Stability in Microgravity) evaluates the effects of microgravity and radiation on the long-term stability of medicines in their excipient matrix, the non-active ingredients in medicines, made from materials abundant in the lunar surface such as silica, magnesium and calcium phosphate. This study could provide information helpful for developing the capability to formulate medicines in space with dual benefit to people on Earth and future explorers.

The first payload of this companion study will be launched on Northrop Grumman’s 14th Commercial Resupply Service (NG-14) mission and remain inside the ISS National Laboratory for 6 months. The second half of the companion study will be launched on a future flight and will remain outside the ISS National Laboratory on the MISSE platform.

Moth Chrysalis and Termites in Space

For this investigation, Incisitermes snyderi Kinaesthetic and Gas Synthesis Phenomena Under Conditions of Microgravity and Mamestra brassicae Chrysalis Formation in Microgravity (Moth Chrysalis and Termites in Space), one team examines the effects of microgravity on southeastern drywood termites and the other examines its effects on chrysalis formation and lifecycle development in the cabbage moth. Both insect species are expected to experience a period of stress while transitioning to the microgravity environment, but with time could adapt and exhibit normal behavior, including chrysalis formation and pupation by the moths.

Both student-developed experiments are housed in a Space Tango CubeLab that ascends in the visiting vehicle in soft stowage. Once on the space station, a crew member transfers the payload to the on-orbit Space Tango TangoLab facility to run operations prior to being removed from the facility and stowed for return. Automated operations include imagery of the termites, methane sensors to monitor concentrations, and imagery of larvae/pupae/adult moths.

LambdaVision will utilize this mission to further study the light-activated protein, bacteriorhodopsin, in a microgravity environment. This work will allow LambdaVision to evaluate the effects of microgravity on protein function and stability, which is critical for the quality and performance of the artificial retina. Importantly, the outcomes of this experiment will provide a foundation for future ISS-based production trials. The company also continues to refine and evaluate the production process for the protein-based artificial retina in its laboratories on Earth. Over the next three years, the LambdaVision-Space Tango partnership will serve to evaluate and improve on-orbit production processes, and to produce artificial retinas that will then be evaluated on Earth. Learn more about their NG-14 study and continued work here.