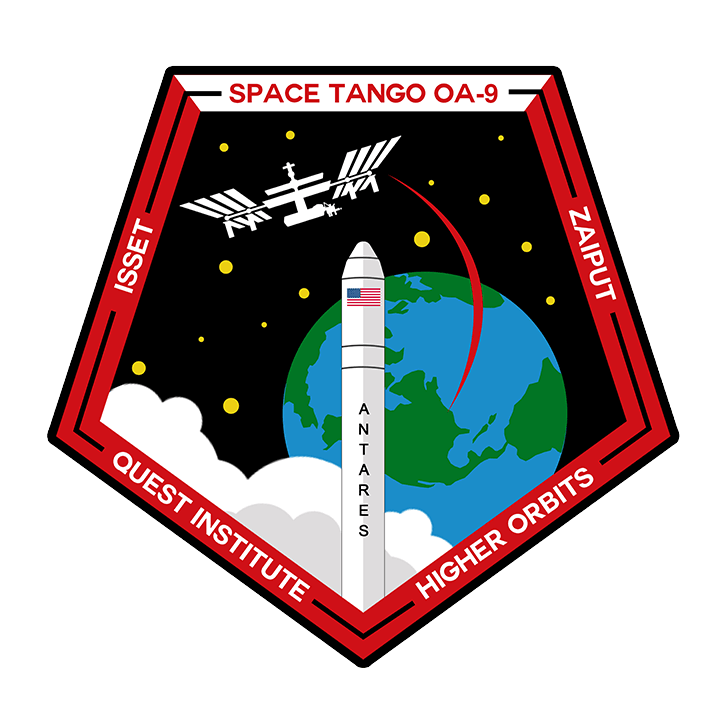 Imagery from Data Downlinks Provides Insight on Fluids in Microgravity

One of the payloads launched on OA-9 seeks to test a new liquid separation system developed by Zaiput Flow Technologies. Liquid separation is a critical step in chemical synthesis, and Zaiput’s new system could lead to significant improvements in drug development and production. While common methods to separate liquids rely on liquid sedimentation, Zaiput’s system relies on surface forces to accomplish liquid-liquid extraction.

“We designed and engineered flight hardware that allows Zaiput to evaluate separation based on surface tension, a method thought to be independent of gravity but never tested before,” explained TangoLab program manager Gentry Barnett. “The CubeLab system maintains separation of liquids and accommodates the unpredictable ways liquid moves when gravity is removed as a variable so that the physics of the process can be better understood.”

A video of the data from research in microgravity is provided below:

The top line features a white oil and orange-dyed water mixture before entering the Zaiput liquid separation system. Once entering the system, the water and oil will separate. This can be seen in the bottom two lines where the liquids are now flowing independently and have been successfully separated in microgravity.

“Zaiput proprietary technology enables one of the critical steps for chemical synthesis and this investigation may pave the way for additional complex chemistry projects in microgravity,” added Space Tango CEO Twyman Clements recently selected as #25 on Fast Company’s list of 100 Most Creative People in Business. “We are pleased to lend our expertise in working in microgravity to the testing and validating of tools that allow this team and others to further the exploration of chemistry in space. We are also pleased to be supporting a number of educational STEM payloads on this mission that continues to inspire the next generation through research on the ISS.”

Space Tango works alongside principal investigators and student teams, conducting a variety of research in microgravity, from design to implementation to develop CubeLabs that are internally unique to the research being conducted in microgravity.

During the remainder of the approximate month-long stay aboard the ISS, Space Tango will continue to monitor the progression of research payloads and collect data from their autonomous TangoLab facilities.

Space Tango payloads recently delivered and installed for the OA-9 mission, along with images from data downlinks include:

Higher Orbits
PI: Michelle Lucas
The Biological Nitrogen Fixation in Microgravity via Rhizobium-Legume Symbiosis (Biological Nitrogen Fixation) experiment led by the Higher Orbits Go For Launch!program examines how the low gravity conditions of space affect the nitrogen fixation process during growth of a well-known legume –microclover. Automated laboratory modules maintain germination and growth conditions while atmospheric nitrogen is measured throughout the mission. Gaining a better understanding of the BNF process in a microgravity environment could be valuable in advancing technology which aims to progress the field of commercial BNF soil nutrition.

Craft Academy
PI: Michael Fultz
The Contractile Properties of Smooth Muscle in Microgravity project is a research/educational venture led by the Craft Academy in collaboration with its partner – Morehead St. University (Morehead, KY). This project is the second of a two-part experiment with the purpose of evaluating the involuntary cell contractions of aortic smooth muscle cells in a microgravity environment. This research could produce new understanding of the contractile mechanism that operates within these cells to control blood pressure, and, in turn, could lead to novel hypertension treatment options.

This payload will also be the first payload to fly with power inside the MERLIN refrigerator facility. Successful demonstration of this capability could significantly improve how cell culture research is maintained until reaching the ISS.

The International Space School Educational Trust
PI: Julie Keeble
The International Space School Educational Trust (ISSET) Multi-Experimental Module is a set of educational experiments to be performed and evaluated in a microgravity environment. Students are investigating the effects of the space environment on both life science and physical science experiments. The ISSET Multi-Experimental Module will contain three independent investigations:

Space Tango
PI: Gentry Barnett
The Space Tango Microgravity Thermal Investigation will examine the thermal effects of heating and cooling methods in microgravity in the absence of convection. The payload will include thermal imaging and a grid of temperature sensors to map how active temperature disturbances are transferred within a sealed container.