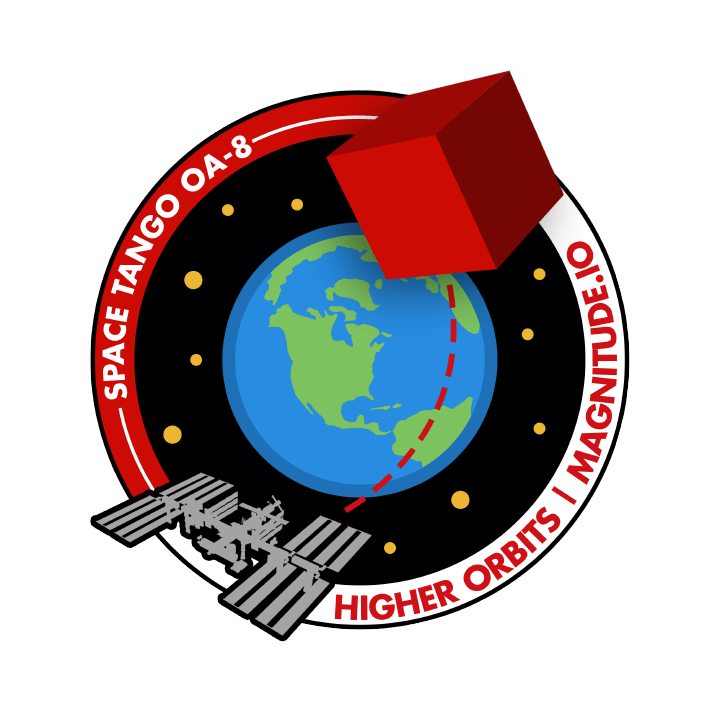 Once the Cygnus spacecraft is unloaded, the TangoLab-1 facility along with an experiment conducted by DASA, a team of student winners from the Virginia Based non-profit Higher Orbits Go For Launch!, will be moved from the Japanese Experiment Module into the PCM.

“As a bonus, this will give better science to the Higher Orbits’ winners,” stated the Space Tango CEO Twyman Clements. Team DASA’s experiment utilizes the Low Earth Orbit (LEO) environment to measure the radiation flux while on ISS – and in Cygnus – and the effect of different shielding materials. “Radiation sensors will get data from two areas of the ISS,” added Clements. “And will serve as a pathfinder for moving ISS-based facilities within visiting vehicles to expand capabilities aboard the ISS.”

In addition to hosting the Higher Orbits’ experiment and the TangoLab pathfinder work, the OA-8 mission will also be delivering an additional four payloads to be housed in TangoLab-2 that was installed on the ISS in the US Lab in August 2017.

Cygnus is expected to arrive at the International Space Station November 14th. Space Tango successfully continues to commercialize microgravity thanks to the continued support from the Center for Advancement of Science in Space (CASIS) and the National Aeronautics and Space Administration (NASA).

Biological Nitrogen Fixation via Rhizobium-Legume Symbiosis
The Biological Nitrogen Fixation project is an educational/research venture led by the Higher Orbits Foundation (Leesburg, VA) and the Orbital ATK Division Winner – Team Saguaro Snakes (Gilbert, AZ) with the intent of establishing a baseline for plant growth on extra-terrestrial colonies. Microclover, a resilient and drought tolerant legume, will be grown in microgravity to determine the effect of the space environment on the nitrogen-fixation process and microgreen growth.

Effects of Microgravity on the Life Cycle of Tenebrio Molitor
The Life Cycle of the Mealworm project is an educational/research venture led by the Higher Orbits Foundation (Leesburg, VA) and the AIAA Division Winner – Team Operation Galaxy X (Herndon, VA) with the intent of studying the growth phases and reproductive cycle of mealworms in microgravity. Development of baseline data for larvae morphology and reproduction could have implications for both long-term manned space expeditions and earth based nutrition resourcing.