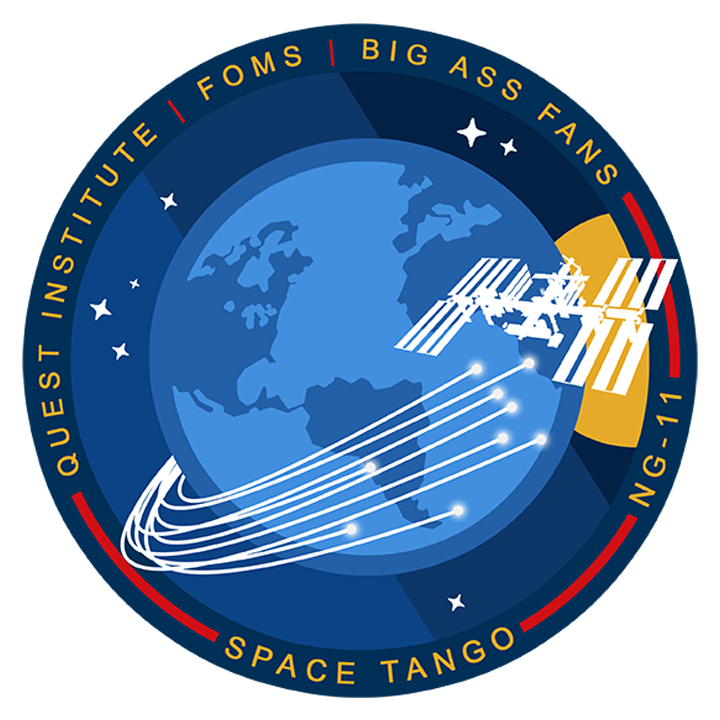 Scheduled to launch on April 17th at 4:46 PM EST from NASA’s Wallops Flight Facility, Space Tango customer payloads will be making their departure for the International Space Station for the Cygnus NG-11 resupply mission. As we get closer to the final countdown, we invite you to take a look at the amazing science our customers are exploring with us.

The Manufacturing Fiber Optic Cable in Microgravity investigation evaluates the production of fiber optic cable in space. Fiber drawn in a microgravity environment has shown substantial improvement in properties compared to fiber fabricated on the ground using the same test setup. Two common fiber degradation mechanisms are suppressed in microgravity conditions, leading to better quality ZBLAN fibers. A glass rod is softened by heat, pulled into a thinner fiber and put on a spool within a single box enclosure designed for the microgravity environment.

Specialty optical fibers are ideal candidates for space manufacturing with low up and down payload mass and the high $/kg value of the resulting product for improved imaging, remote sensing, and next-generation optical communications on Earth. The optical fiber manufacturing on an orbital platform such as the ISS provides an attractive opportunity for commercial utilization of space platforms. The investigation is conducted within the Microgravity Science Glovebox.

AirFlow and Thermal Characterization of Active Cooling in a Sealed Environment is a physical science experiment that evaluates airspeed and temperature of elevated airflow created around an obstruction using a small circular fan within a sealed environment. Compared to a series of fluid dynamics models, airspeed and thermal measurements can help validate and calibrate such simulations in microgravity.

This investigation increases the accuracy for Computational Fluid Dynamics (CFD) simulations and supports improved development for thermal control in microgravity and ambient environments on Earth. CFD consists of sophisticated computer codes that predict the flow of fluids, such as the air over an aircraft’s wing or fuel through a spacecraft’s engine – a vital tool for the study of fluid dynamics.

The Quest Institute-NanoLab Unit consists of an investigation containing 14 student-developed experiments. Each experiment tests a hypothesis or demonstrates a technology. These experiments advance space exploration in a variety of ways, from improving accuracy of crystal oscillators for time-keeping and telecommunications to decreasing power consumption, protecting the health of crew members and equipment in space, and shedding light on the how spaceflight affects the human nervous system. The primary benefit of this investigation is providing students with hands- on experience conducting research in space and inspiring the next generation of scientists and explorers.