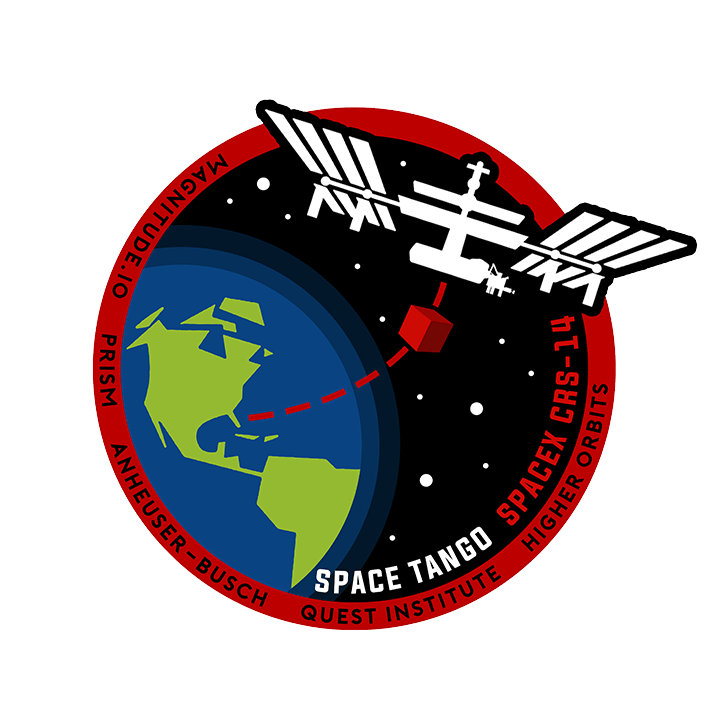 Scheduled to launch on April 2nd at 4:30 PM EST from Cape Canaveral Air Force Station, Space Tango customer payloads will be making their departure for the International Space Station. As we get closer to the final countdown, we invite you to take a look at the amazing science our customers are exploring with us.

Princeton International School of Mathematics and Science
The primary purpose of this payload – led by the Princeton International School of Mathematics and Science- is to measure the time dilation effect according to Einstein’s theories. The experiment will illustrate the performance of a nanosecond precise clock design. The secondary payload’s scientific purpose is to determine the mutation rate of isolated plasmid DNA over an extended period of time on the ISS. The DNA sample will be sequenced before and after going to space, and the number of mutations will be compared to a terrestrial control.

Higher Orbits
In this educational venture led by the Higher Orbits Go For Launch! program, The Effectiveness of Lactobacillus Probiotics in the Space Environment will be analyzed. The yeast involved in the study, Candida Albicans, is known to be responsible for a variety of systemic and superficial infections in immune-weakened systems. The intent of this study is to develop a more complete understanding of the process by which lactobacillus is able to control Candida growth.

Magnitude.IO
The Life Cycle of Arabidopsis thaliana in Microgravity project is an educational/research venture led by the Magnitude.IO (Berkeley, CA). The purpose of this project is to study how different growth phases of Arabidopsis thaliana are affected by a microgravity environment, specifically investigating plant germination and early growth stages.

Anheuser-Busch
Barley is a versatile grain equipped with antioxidants, vitamins and minerals essential to health. This project, led by Anheuser-Busch – evaluates the germination and seedling phases of barley seeds that are grown in a microgravity environment. Morphological and genetic effects of the environment are assessed during orbit and return. By furthering the knowledge of barley’s response to microgravity, investigators find ways to adapt the grain for long-duration spaceflight.

Space Tango
The Space Tango Fan Investigation is designed to verify the Fan Module’s ability to take air coming into the facility and direct it towards specific elements to keep them internally cooler. Successful demonstration of the Tango Fan Module makes more, and different, scientific investigations possible aboard the space station.