Space Tango, in partnership with the University of Notre Dame, conducted a physical science investigation that consisted of boiling bubbles in the unique microgravity environment of the International Space Station (ISS). Using an automated optical imaging system developed by Space Tango, researchers were able to capture footage of surface thermal bubbles’ behavior when forming and growing in microgravity. Further understanding of bubble formation could advance cancer screening and life-threatening detection methods that may benefit from prolonged bubble formation.

“When a thermal bubble forms on the surface of a sample fluid, it provides a concentrated spot to detect any possible biomarkers or early indicators of life-threatening diseases,” said principal investigator Tengfei Luo. “If we could maintain that bubble for a longer period of time, then we would have a wider window to collect more of these potential biomarkers for more sensitive detections.” 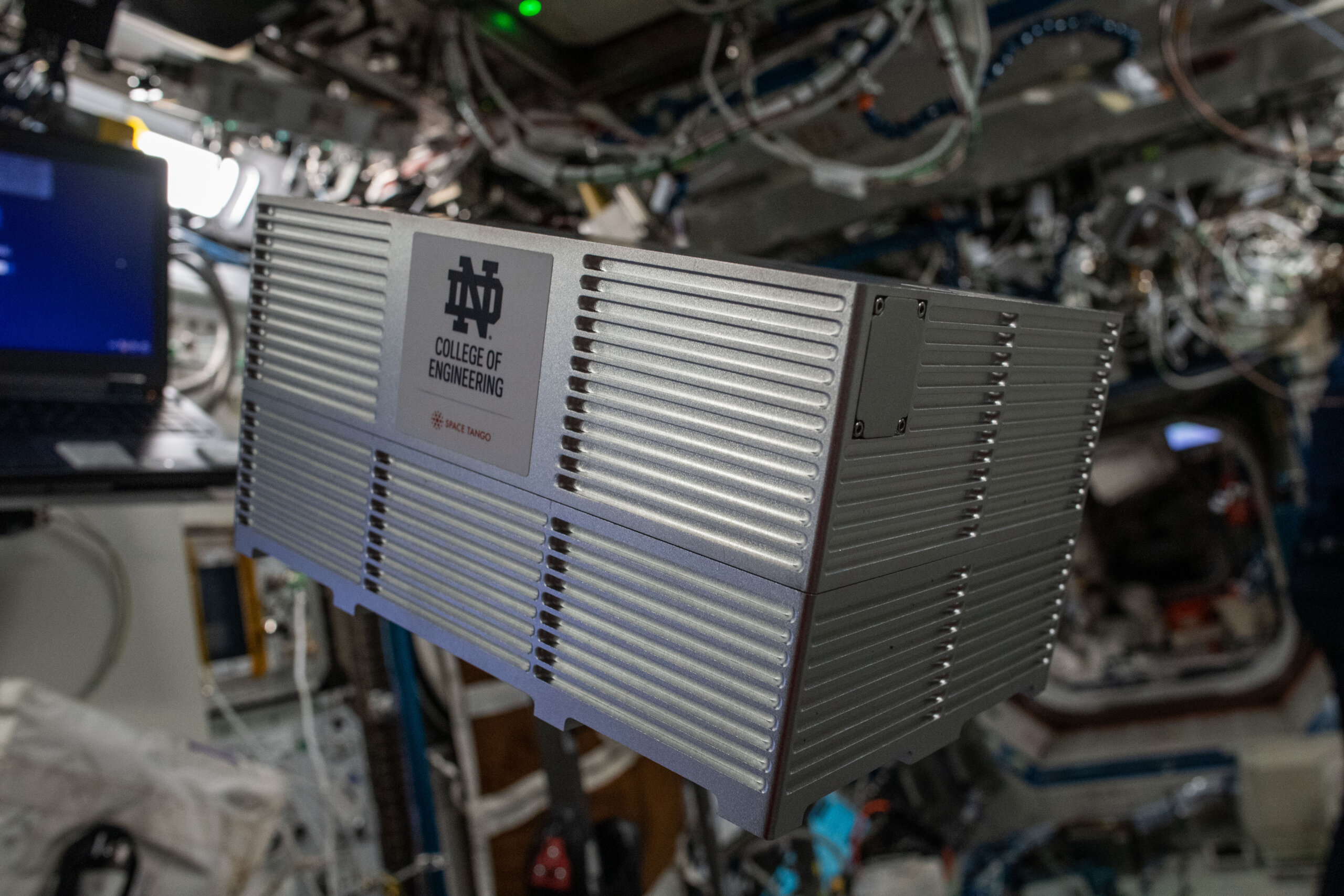 On Earth, thermal bubbles are influenced by competing forces including surface tension, capillarity, and buoyancy. However, the ability to advance this method of bio-sensing requires a detailed understanding of surface thermal bubble dynamics, including its generation, growth, and detachment from a surface. Microgravity is the only environment in which buoyancy may be eliminated and, ideally, allowing thermal bubbles an extended period to remain suspended for observation.

To facilitate this investigation, Space Tango developed an automated CubeLab equipped with four cuvettes or small chambers used to contain samples of DI water that can be individually heated. These enclosures were then individually heated and imaged using an automated optical imaging system to demonstrate bubble formation in microgravity. Throughout their approximate 20-day experimental period, each cuvette performed a total of five boils. 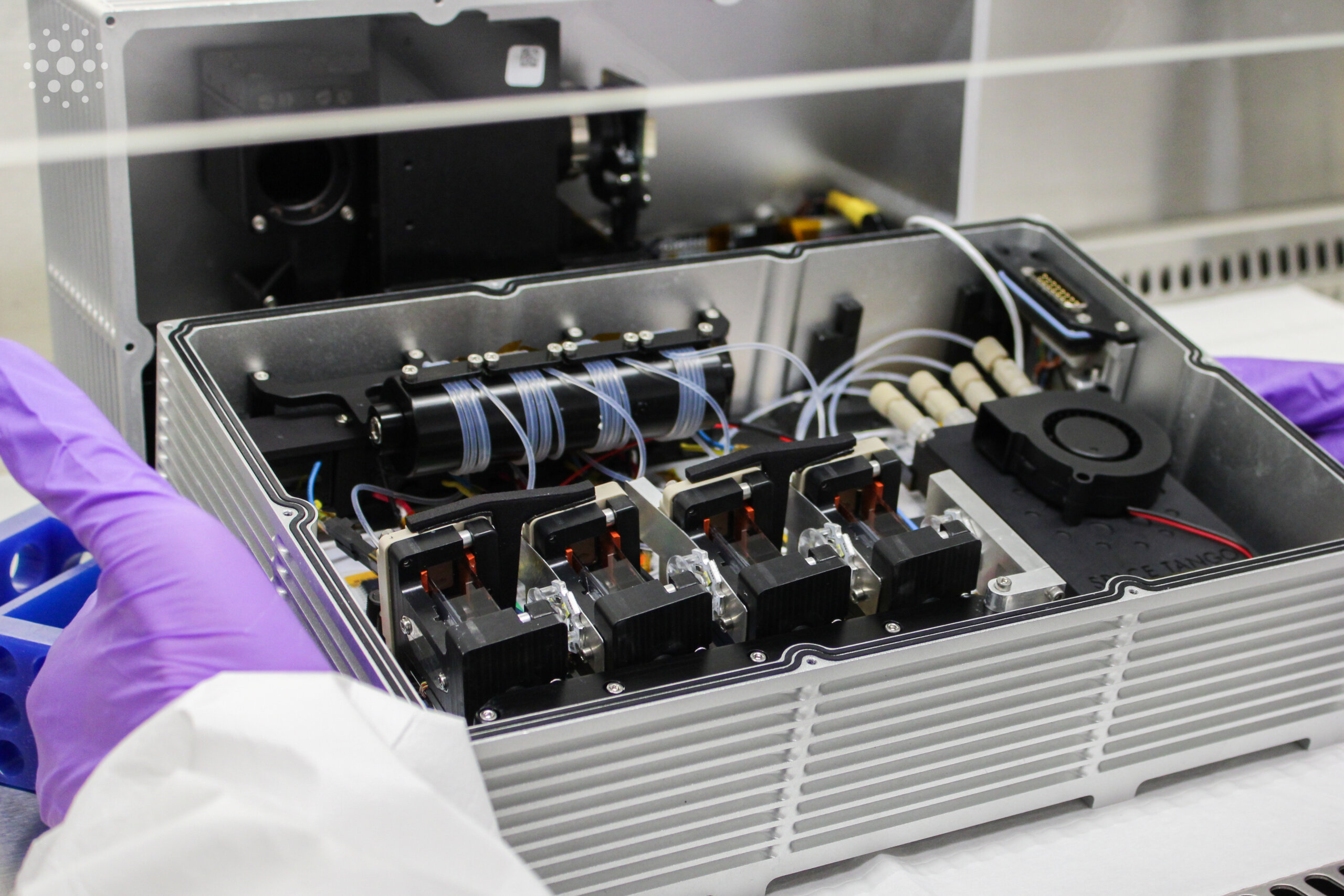 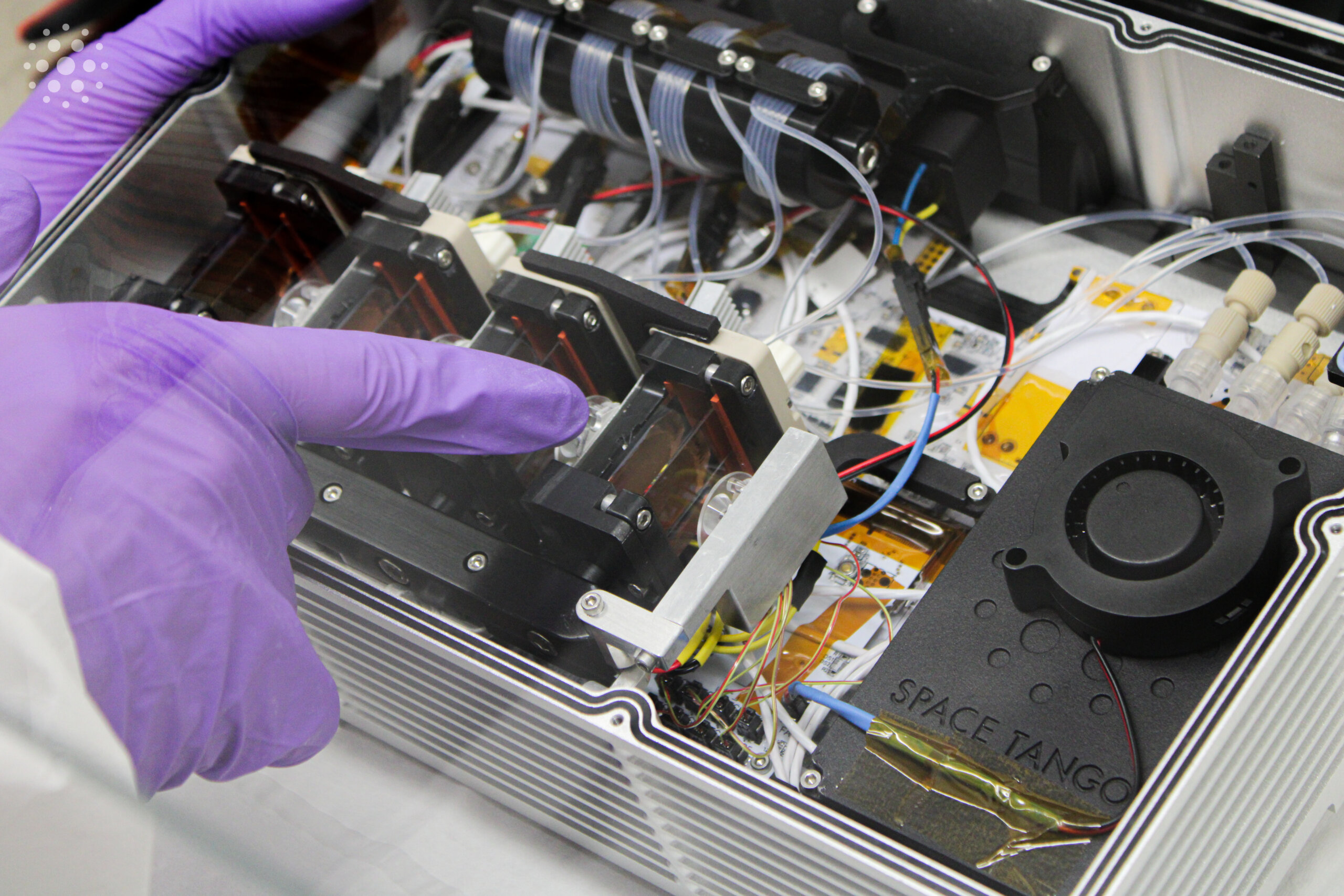 Dr. Tengfei Luo, University of Notre Dame Principal Investigator, and his team received footage of the experiment and resulting bubbles in near real-time for initial observation.

“What I found interesting is that the bubbles did detach,” Dr. Luo said in an update from his institution this year. “But they grow much bigger than what we saw on Earth. There’s no gravity there, which means we’re probably seeing the physics we would like to see. There is a competition between other factors that led them to detach.”

In hopes of further explaining the ‘detachment phenomenon’ that is different to what is observed on Earth where gravity is a factor, Dr. Luo and his team are reviewing tens of gigabytes of videos to analyze the different stages of the space bubbles.

“With the physics understood, we hope to design a follow up experiment to study bio-sensing in the space,” said Dr. Luo.