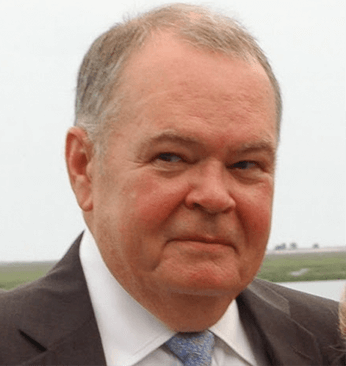 Sam P. Burchett is the principal in the firm, Sam P. Burchett, Attorney-at-Law that he started after many years of large firm practice. Burchett has been Board Attorney for the Bourbon County Board of Education for the last fourteen years. In that role, he advised the Board, the superintendent along with staff on any number of issues. As a mineral law practitioner, he has served recently as lead counsel in a $150 million-plus mineral company acquisition. In addition, Burchett has been involved in a number of major financings, mergers, and acquisitions and has lead and participated in over $1.5 billion of acquisitions, divestitures, and financings related to the extractive industries. He recently was successful in a 6th Circuit opinion for an owner of a coal company. He counsels small and medium-sized growth companies involved in franchising, manufacturing, and technology on a broad range of corporate and litigation matters. Burchett also was counsel to a defendant in an FEC litigation in the Western District of Kentucky that resulted in a favorable outcome and caused the FEC to rewrite its regulations on coordination. He litigates, complex commercial matters and mineral-related matters in state, federal, and bankruptcy courts.  He recently obtained a twelve million dollar jury verdict in Fayette Circuit Court on a failed business transaction.

Burchett is the author of “The Applicant Violator System in Transition” published by the Northern Kentucky Law Review, as the lead article for its 1994 environmental issue.  He is a frequent lecturer on mineral law topics.

His most recent published opinion from the Kentucky Supreme Court dealt with aspects of a school board closed meetings that resulted in $100,000 plus savings to the Bourbon County Board of Education in  Carter v. Smith, 366 S.W.3d 414, (Ky. 2012).

Before law school, Burchett was a principal in several companies involved in the coal and mineral extractive industries.  Combining his business and legal experience, Burchett utilizes a multi-disciplined analysis of legal issues affecting his business clients in order to achieve the desired result.

A 1985 graduate of the University of Kentucky School of Law, Burchett was instrumental in the establishment of the Journal of Mineral Law and Policy and served on its initial staff.  He was president of Phi Delta Phi Legal Fraternity. He holds a master’s degree in business administration from the University of Kentucky with a dual concentration in finance and organizational behavior.  He was a 1976 UK Honors Program graduate with a bachelor of science degree in environmental science.

Burchett was named to the Natural Resources section of the 1994-95, 1996-97, and 1998-99 editions of The Best Lawyers in America after only nine years of practice. He is currently Chairman and on the Executive Committee of the Kentucky Science and Technology Corporation. He was previously Vice-Chair of the Kentucky Registry of Election Finance. Burchett was the 6th District Chair for the Republican Party and served on its state central committee. He is a 1992 graduate of Leadership Lexington and was active in Lexington Rotary having served as Secretary, and Chairman of the Worldview Committee.