The data from this investigation will optimize processes for science, automated hardware, and a regulatory process that will establish a baseline for future biomedical applications for in-space manufacturing. The microgravity environment is hypothesized to optimize the process by limiting solution-based gradients and sedimentation, thus improving the quality of the films and enhancing stability and performance for future preclinical and clinical trials.

Why microgravity?  The microgravity environment is hypothesized to optimize the process by limiting solution-based gradients and sedimentation, thus improving the quality of the films and enhancing stability and performance for future preclinical and clinical trials.

Space Tango developed two 9-Unit (9U) thin-film manufacturing CubeLabs to perform the layer-by-layer assembly process on the International Space Station for a mission duration of approximately 30 days. These systems are equipped with fluid and pump management systems, as well as chamber containment units with transparent windows to observe the layering process with a mini-camera system. Collectively, this allows us to monitor the layering process, ensuring that developed artificial retinas are optically dense enough to absorb appropriate amounts of light. 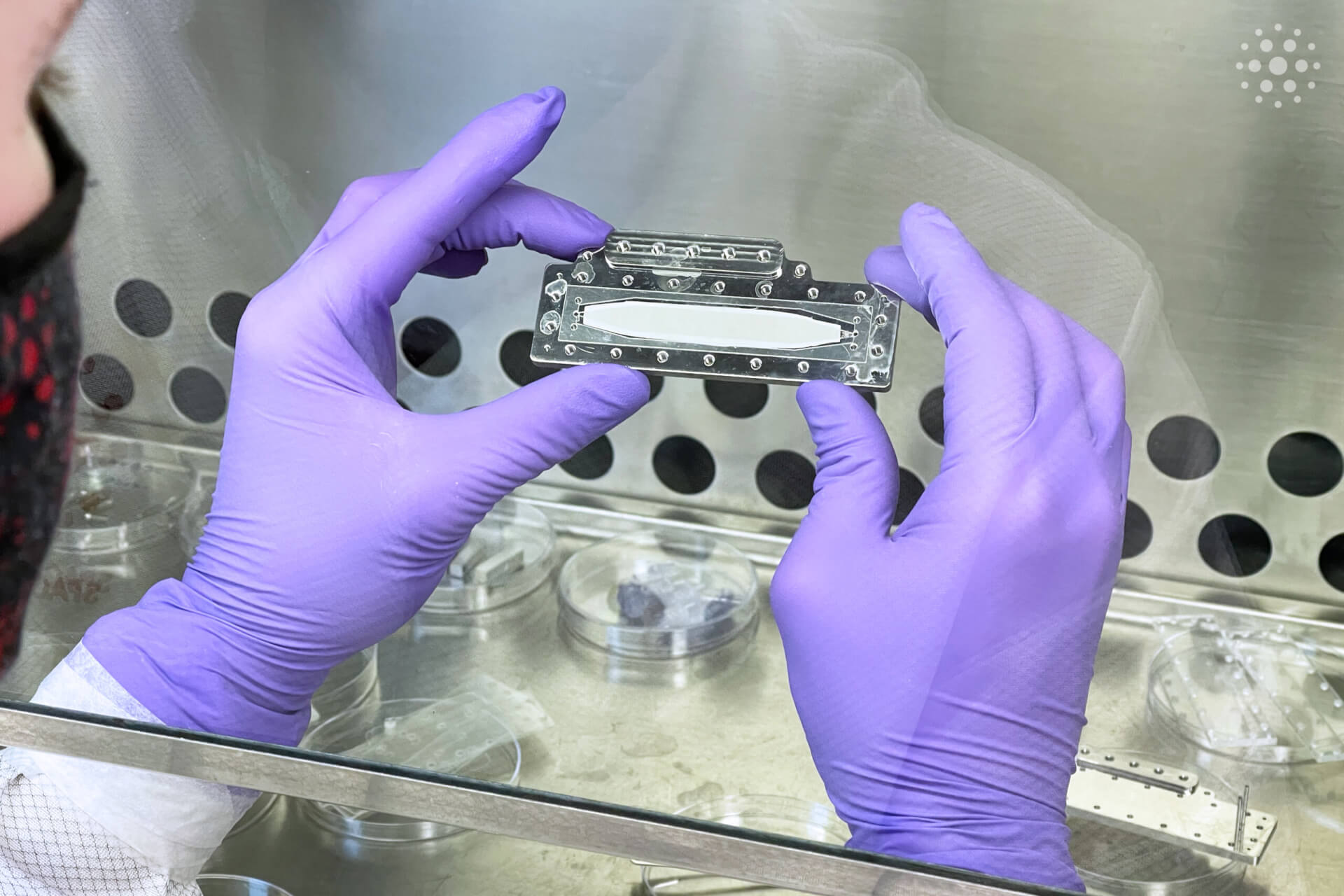 Mark Reeves, the lead mechanical engineer for the investigation, assembles one of two chamber containment units. The protein-based thin film is produced within this chamber using a layer-by-layer deposition method. 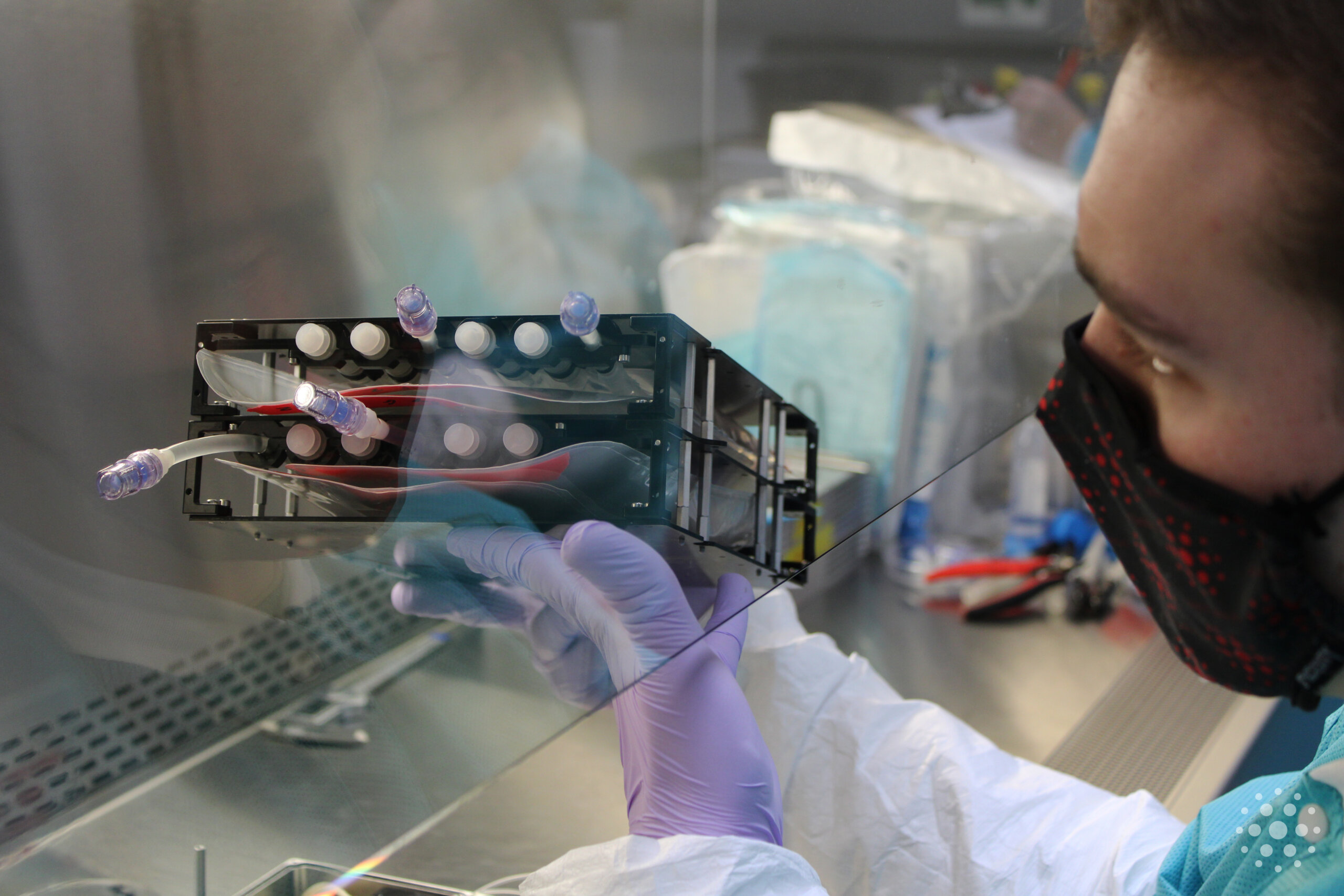 Mark continues his inspection of the CubeLab subsystems. Pictured here, he closely inspects the fluid bags before they are installed in the CubeLab.

Space Tango downlinked over 20,000 images, which allowed our mission operations and science teams to make initial observations throughout the layering process. Supported by our automated capabilities, software engineers were able to modify pumping protocols in near real-time when needed to optimize layering conditions. Importantly, we have completed our first 200-layer thin film in microgravity and we have a proven technology stack of the CubeLab with good control and automation. The data collected from this experiment represents significant progress for both the Space Tango and LambdaVision teams with respect to layer-by-layer assembly in microgravity, and we have taken important steps forward to validate the fluidics, operational controls, and in-process quality measurements that are necessary for the future production of artificial retinas in microgravity.

The SpaceX CRS-24 Dragon cargo ship splashed down on January 24th in the Gulf of Mexico off the coast of Florida returning the Protein-Based Artificial Retina Manufacturing investigation back to Earth.

The CubeLab was returned to Space Tango at the Kennedy Space Center’s Space Station Processing Facility, where team members greeted the CubeLab and removed the layered films produced in microgravity  Following this de-integration process, the thin films were returned to LambdaVision for post-flight analysis. This investigation included the use of confocal microscopy to quantify layering quality and consistency, as well as spectroscopic analyses of protein stock and waste solutions to evaluate the integrity of the light-activated protein following spaceflight. Four films were created during the mission with one reaching 200 layers – a metric that will drive future indications of mission success.

Observations made throughout the duration of the mission and a final post-flight analysis report will help LambdaVision and Space Tango define key points for further innovation in support of this investigation’s next flight on SpaceX Crew-4, currently scheduled to launch in April 2022. 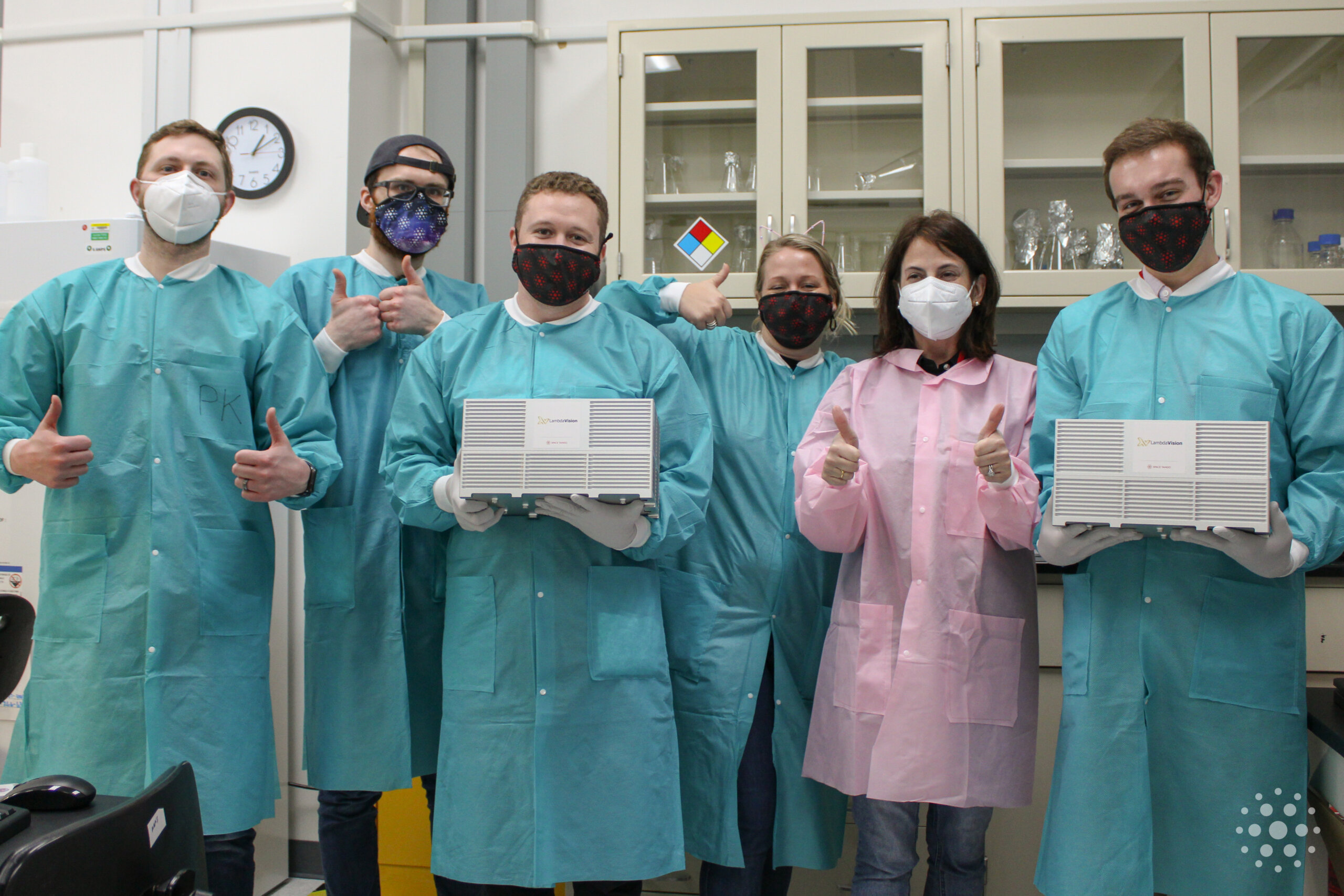 Space Tango build and integration team members, pictured with the flight CubeLabs, give a “Go” for launch ahead of the SpaceX CRS-24 mission in December 2020. LambdaVision team members joined Space Tango virtually throughout the build and integration process providing support and guidance. This is one of the many ways in which Space Tango has adapted to accommodate health and safety constraints as a result of the COVID-19 pandemic. Left to right - Electrical Engineering Manager Jason Rexroat, Lab Manager Drew Diddle, Biological Scientist Kendall Nelson, Project Manager Taylor Stallings-Pinnick, Director of Portfolio Management Jennifer Read, Mechanical Engineer Mark Reeves. 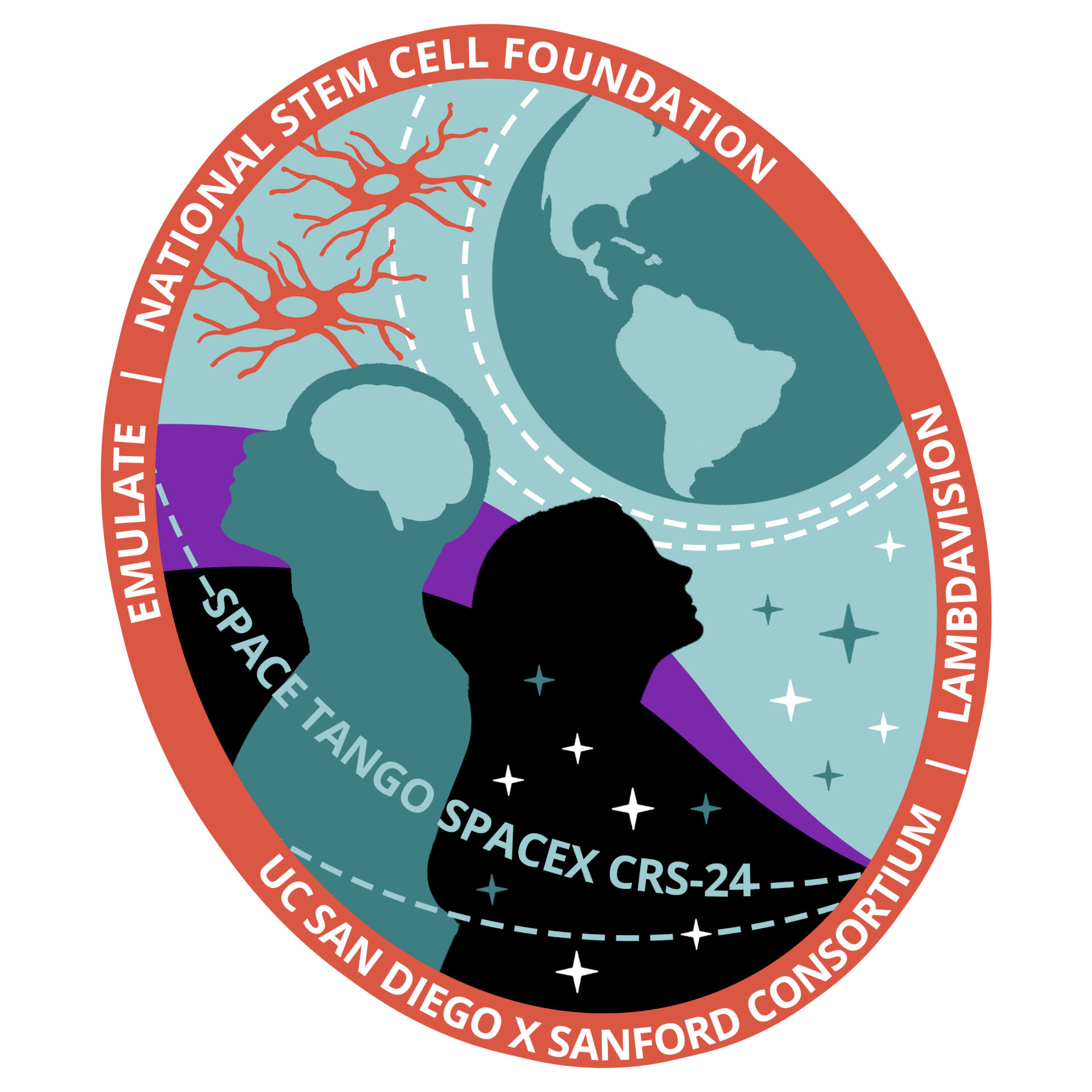