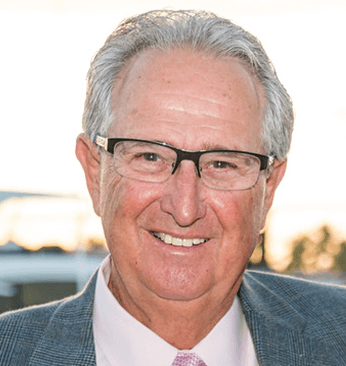 Gary Bello has over 50 years of experience in manufacturing, engineering, consulting, entrepreneurship, and executive management on a worldwide basis. He currently is a principal in a number of Central Kentucky companies employing several hundred employees. For over four decades he has been active in the community serving on a number of boards.

From 1993 to the present, Bello has been engaged in Private Equity entrepreneurial activity, taking ownership in over twenty different business enterprises. From 1983 to 1993 was Vice President of Clark Equipment Company and President of its North American Forklift subsidiary and from1989 was President and CEO of Clark’s worldwide forklift subsidiary. This time was instrumental in the financial turnaround of Clark’s forklift operations. Clark’s worldwide forklift sales during this period reached $600 million. While at Clark, oversaw locations in Germany, S. Korea, Brazil, Australia, and the United States. With him, at the helm, Clark reestablished itself as a world leader in the design and manufacturing of forklift vehicles with over 250 independent dealers worldwide.

Prior to joining Clark Equipment, Bello was fifteen years at General Motors. While at GM, he became the youngest Senior Executive in the company. At the Packard Electric Division, he oversaw expansion in new product and manufacturing technology as well as new plant start-ups in the Southern U.S., Mexico, and Portugal. Bello was instrumental in GM beginning a “pay for knowledge” plant in 1975. He was Chief Engineer for component design in 1979 during the first significant application of electronics in automobiles. His last assignment at GM was General Plant Manager of the Indianapolis operations of Detroit Diesel Allison Division, a one-billion-dollar, 7000 employees, operation building transmissions for on and off-highway equipment.

Throughout his career, Bello has been a leader in developing people and promoting excellence. He has been recognized for distinction inside and outside the workplace. In 1991, Bello was named as The University of Kentucky’s Businessman of The Year and in 2009 was inducted into The Junior Achievement of the Bluegrass; Business Hall of Fame. In 2010 he was honored as an “Outstanding Alumni” at The Pennsylvania State University. In 2017 he was honored as an Outstanding Engineering Alumni conferred by Penn State Engineering. He sat on the advisory board of The University of Kentucky’s Business school and Engineering schools for over ten years and currently is the Chairman of the Development Board of The Pennsylvania State University College of Engineering.

Bello and his wife Sheila of 52 years reside in Lexington, Kentucky surrounded by their five married children and 12 grandchildren.

Bello received a Masters in Management Science as a Sloan Fellow at Stanford School of Business in 1982, and a B.S. in Industrial Engineering from Pennsylvania State University in 1969.